Adventures on the Indian Subcontinent 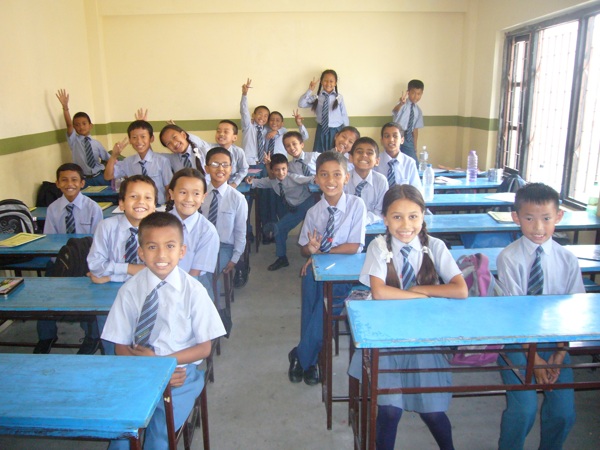 Why do we teach EFL and travel? A question with a multitude of answers ranging from, “It’s a great way to finance my travels” to, “My friend did it and it sounded amazing!” One of the primary reasons to become a TEFL teacher, however, is a wish to become immersed in a culture; a desire to become part of a society that seems alien to our own and view it, not as a two-week tourist, but as someone who genuinely feels that – for the time-being at least – this is home.

It is that juxtaposition of the unfamiliar and exciting with the surprising realisation that people are basically people wherever you go, that hit me so strongly while I was living and teaching English as a Foreign Language in Kathmandu, Nepal. Whether that be portrayed by the sight of a man hugging a goat to his chest while sitting on the back of a motorcycle, or the group of ten year-old girls who would knock on my door and excitedly enquire, “Ma’am, ma’am, can we come and watch Disney princess movies on your laptop?”

In my three months in Kathmandu I encountered new and exciting experiences almost everyday; both in and out of the classroom. It was not unusual for my day to start at 5.00am running through the streets with my friends Sameer, Heman and Porokmi; our destination either the local park or a temple. If we went to the park we would join hundreds of Nepalis exercising; either running, playing badminton or stretching and doing yoga on the grass. If however we were headed for a temple then we would jog along the road dodging microbuses, people and cows and coughing from the dust and fumes until we arrived and were rewarded by a sight that never failed to take my breath away. We would proceed to spend the next hour or so wandering around either the beautiful Hindu temple of Pashupatinath – watching the monkeys and occasionally glancing at the open-air cremations – or the Buddhist Boudhanath; joining the colourful mixture of monks and other Nepalis walking clockwise around the stupa and avoiding the thousands of pigeons while our nostrils filled with the combination of incense (wonderful) and general Kathmandu (not so wonderful). 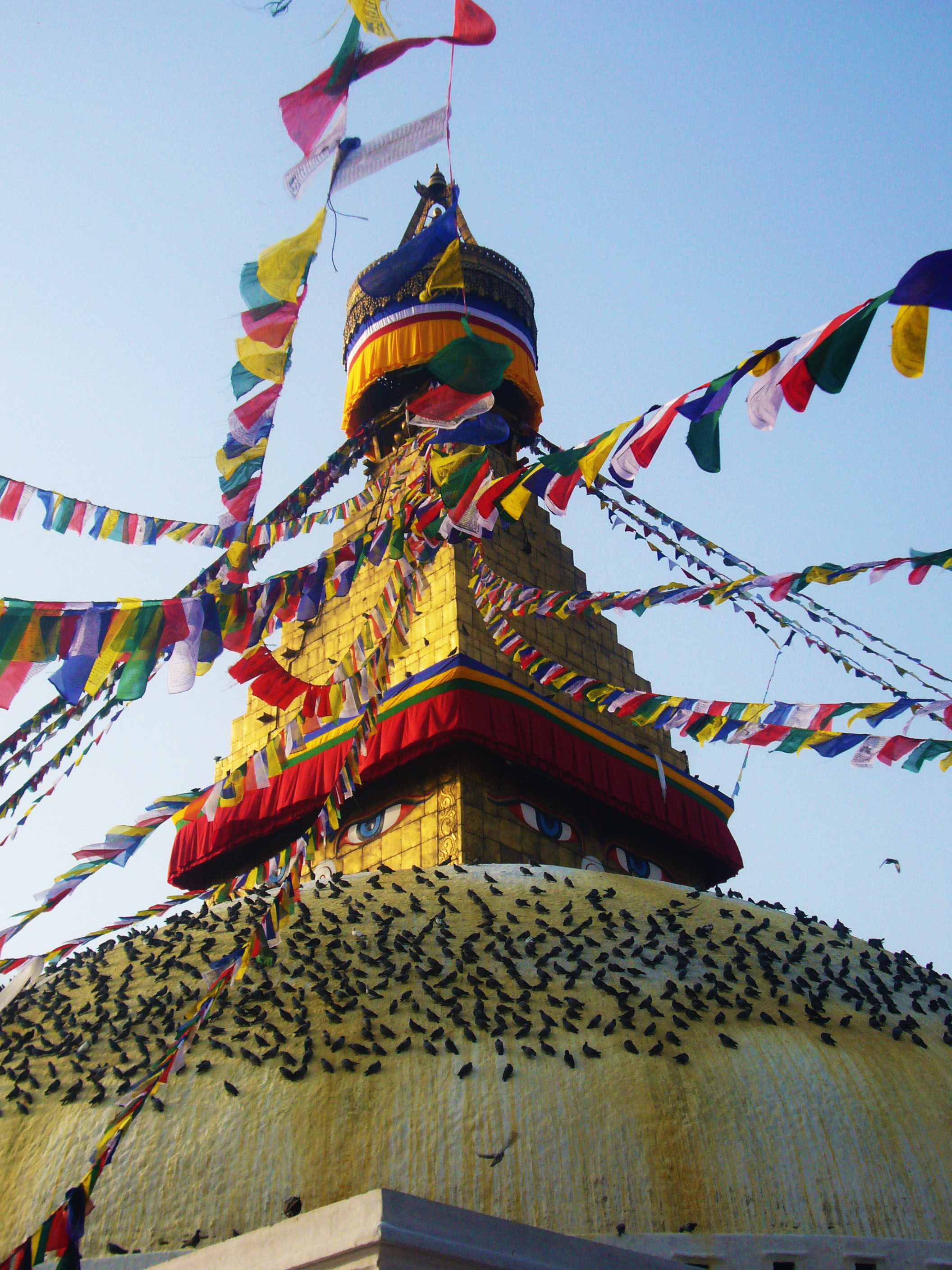 My experiences inside the classroom were equally revelatory; this being my first TEFL job, I quickly discovered that the seven year-olds who I had previously perceived as constantly cute, can in fact be cheeky little blighters when they put their minds to it. Despite this; and my inability to remember/pronounce more than a handful of their names, I loved spending time with the children and was constantly amazed by the dynamism and enthusiasm that they brought to the classroom. By far my most enjoyable and challenging task was putting on a song and dance production of “Bad Guys” from the musical Bugsy Malone with a group of twelve ten-year old boys. While I loved their eagerness and natural talent, I occasionally found myself at a loss when trying to explain that break-dancing moves weren’t quite what we were going for with this 1920s-style jazz number… I think we put some in anyway.

The differences between the Nepali culture and my own were ever apparent at Loyalty Academy. One such example was when, presuming it to be a normal day, I was making my way to my lesson when I was bombarded by a group of children who proceeded to cover my face with tikka while shaking my hand, giving me flowers and sweets and shouting, “happy teachers’ day!” It turns out that this is an annual tradition when all the morning classes are cancelled and on this occasion I found myself instead teaching the Macarena to a year nine class.

When I wasn’t introducing my students to cheesy Europop, I was teaching phonetics to six different classes with students ranging from about seven to ten years old. I did teach a few other classes but none of my students had been taught phonetics before, so the school asked me to concentrate on that. I was aided by three lovely Nepali teachers (one per two classes) who would help with disciplining the students when they were rowdy and also gave instructions in Nepali if the children were having difficulties understanding me. The classrooms were very basic with bench-tables for the students and a white board at the front. I was able to use the printers to make worksheets and could buy teaching aids like plastic fruit and colourful stationery at the local supermarket. There was also a computer lab but I didn’t teach in there as you could never guarantee that the power would hold out for a whole lesson – so much for my “phonics games” websites and prepared slideshows.

While I was at Loyalty I stayed with the school’s chairman and his wife (who is the school’s director) and their wonderful family. Their house was situated in the school’s grounds near the hostel where the boarding students and some of the teachers lived. My hosts were incredibly welcoming; feeding me up with lots of Nepali food (as delicious as it was I think I may have considerably overdosed on rice), taking me out on trips all around Kathmandu and generally treating me like one of the family.

While the English of many of the students at Loyalty is exceptional, there is still a need for native English-speaking teachers in order to improve their accuracy and pronunciation. As such, if any TEFL or TESOL trainees or graduates are interested in an adventure on the Indian Subcontinent, then I urge you to get in touch with OxfordTEFL. Your contribution to this wonderful school would be so greatly appreciated and you would have the experience of a lifetime.

I will never forget my time at Loyalty and how incredibly welcoming everyone was. It is truly amazing to be so far away from the life and the people that you know, and yet feel so secure and at home. 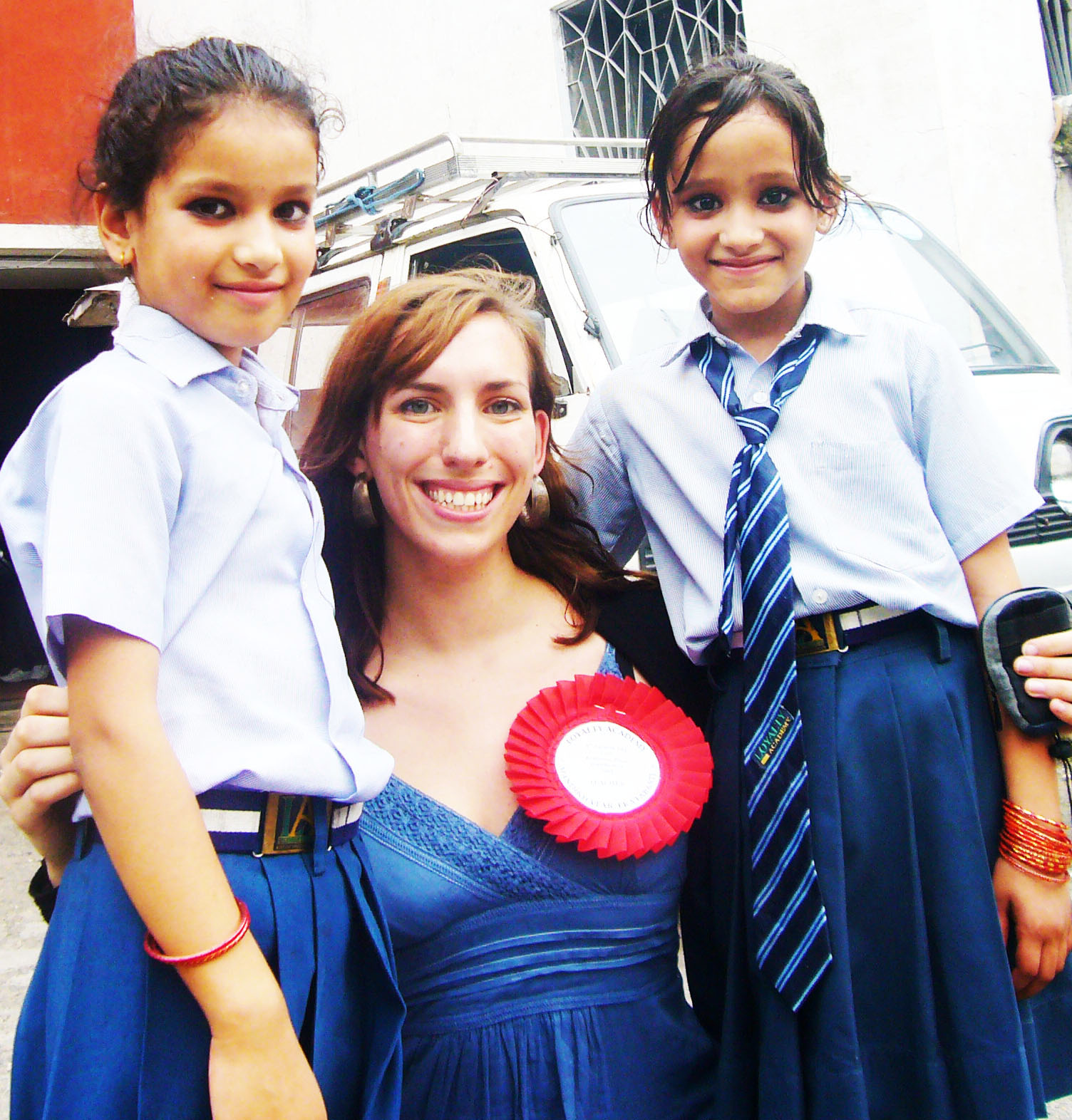