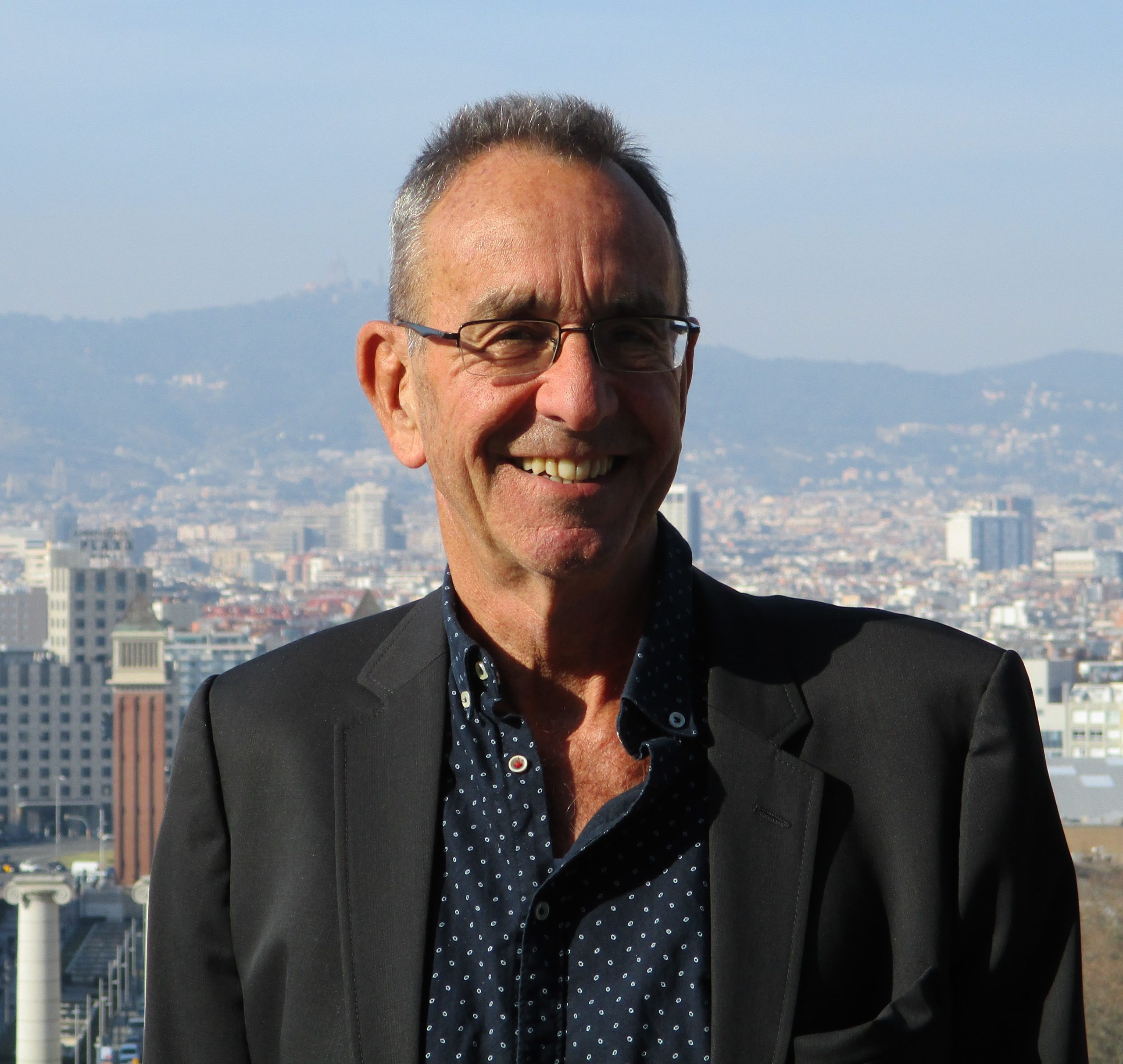 Scott Thornbury is a guest tutor on our Trinity DipTESOL course and he has also taught an online MA TESOL program for The New School in New York. His latest book is Scott Thornbury’s 101 Grammar Questions (Cambridge University Press). In this blog post he explains more about the term ‘Grammar McNuggets’ which he coined over 20 years ago.

Twenty years ago, at a conference in Dublin, I coined the term ‘grammar McNuggets.’ In doing so, I wanted to capture the way that coursebooks deliver grammar in tasty, bite-sized morsels. To my way of thinking, this compartmentalization of language (an essentially shapeless and fluid phenomenon) reflected the way fast-food chains package, market and deliver their products – not so much as real food but as a simulation of real food. Just as there is no part of a real chicken that is a ‘nugget’, nuggets of grammar are equally artificial. Terms like ‘present perfect continuous’ or the ‘third conditional’ are the labels that linguists attach, after the event, to the products of language in use, but they don’t tell us much about how such language is generated and processed. Language, I argued, happens less as particles than as waves.

What’s more, the commodification of grammar, in the form of grammar McNuggets, seemed to me to perpetuate the prevailing ‘transmissive’ model of education (not just in language teaching but across the curriculum) that in turn served the interests of publishers and examination bodies. As Rutherford (1987, p. 157) had earlier argued, such entities, being ‘manipulable’,

can easily be ordered, grouped, combined, tabulated, indexed, etc. , for putting a grammatical stamp on a set of learning materials. Grammatical content in this sense is thus the point of departure for syllabus compilation, as well as its dénouement.

In this fashion, teachers are able to claim that ‘we did the present perfect’ in much the same way as tourists claim to have ‘done Istanbul’.

As ‘discrete items’ of language, grammar McNuggets are typically delivered by means of the PPP instructional model , where presentation shares semantic space with ‘a present’ (as in ‘I’m going to give you a present’), while production conjures associations with production lines and conveyor belts. This is what the Brazilian educator, Paulo Freire, called a ‘banking model’ of education, where education is construed as an act of depositing

What is deposited are, of course, grammar McNuggets.

Twenty years on, the atomization, commodification and consumption of grammar grows apace –in parallel with the way that other commercial products have increasingly been granularized – think Nespresso capsules or laundry detergent pods.  As a case in point, Pearson is now marketing a ‘modular grammar course powered by Nearpod’, whereby, in the words of a promotional video, ‘instruction is delivered in a micro-learning format, allowing students to learn in small, digestible pieces.[1]’

If it were so, then it should be relatively easy to program machines to teach languages. Yet, despite exponential advances in information technologies, the promise of ‘programmed instruction’, first mooted in the middle of the last century, has yet to be realized. For all its phenomenal success, Duolingo (‘small digestible pieces’ to the power of several thousand) does not reach the parts that real language use does. As Chris Brumfit (2001 p. 12) put it:

We may learn the tokens of language formally, but we learn the system by using it through reading or writing, or conversing.

Sceptics might respond that this is exactly what the PPP model aims to achieve: teaching the tokens (words, structures), then putting them to use.  I would argue that, for a start, the range and utility of the tokens that are traditionally taught (the ‘canonical’ grammar syllabus) are extremely limited. Corpus data suggests that ‘some relatively common linguistic constructions are overlooked, while some relatively rare constructions receive considerable attention’ (Biber, et al. 1994, p. 171).

But, more importantly, pre-selecting the tokens (aka grammar McNuggets) means that the practice and production stages are tightly constrained, since the aim of any such practice is the faithful reproduction of said tokens, irrespective of the learner’s current developmental level or communicative needs. And to insist that they use the target form in the production stage runs counter to the aim of that stage, which, as originally defined by Donn Byrne, the architect of PPP, is ‘free expression’ (1976, p. 2). It’s tantamount to telling the learner: ‘You can say anything you like but you have to use the third conditional.’ As Dave Willis (1996, p. 47) tirelessly argued,

There is, it seems, little evidence to suggest that the PPP paradigm works the way it is supposed to work. It does not, as is claimed, lead in easy stages from presentation to mastery. At the same time, as a paradigm which focuses throughout on conformity it leaves little room for communicative language use.

In other words, language learning is not the ingestion of tasty nuggets of grammar deposited by the teacher and delivered, by means of a conveyor belt,  to the learner.

So, is there an alternative to a way of teaching that isn’t premised on this mechanical, conveyor belt model? Here are ten possibilities (which would probably work best in combination rather than individually):

In the meantime, the durability of the grammar syllabus, and the McNuggets of which it is composed, suggests that, in most contexts, the above approaches might have to work alongside, or be folded into, a traditional syllabus. That might not be such a bad thing, since a two-pronged approach to language learning (particles AND waves) might be the best way of addressing its inherent complexity and variability.

If you are thinking about advancing your career in ELT, and you would like to receive training from Scott (one of our guest tutors), you could consider our internationally-recognised Trinity DipTESOL course. 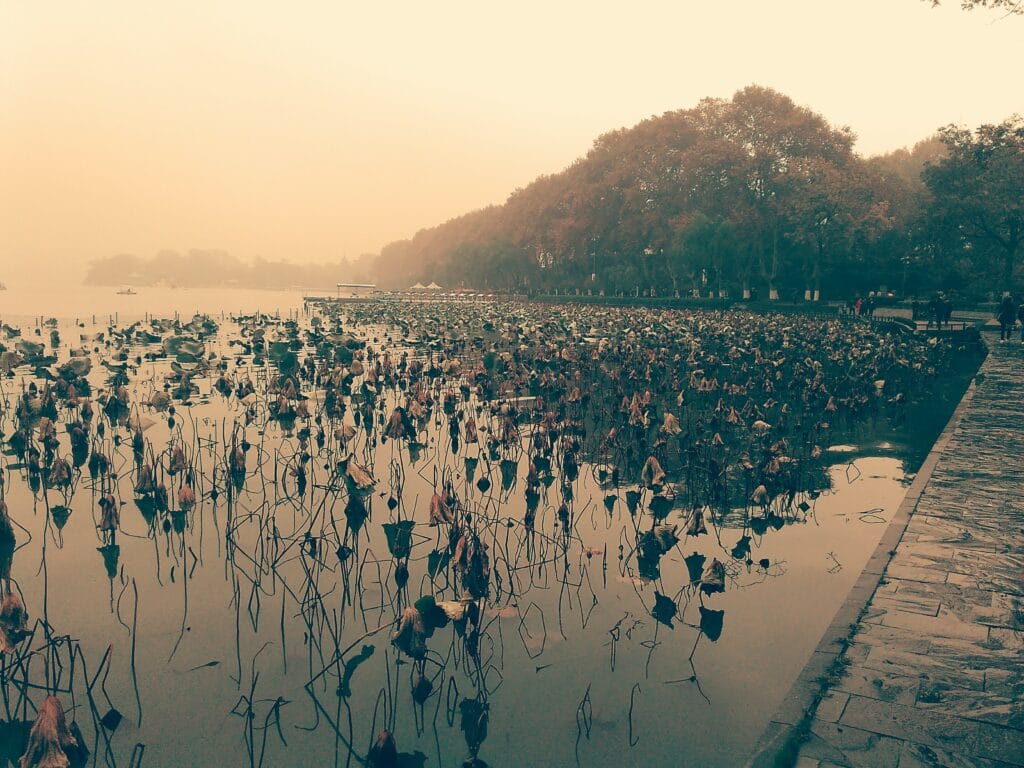 Stella: Where are you now?

We got in touch with Stella, one of our Trinity CertTESOL graduates, to find out where her certificate took her after the course. One of the great things about...

If you’ve thought about teaching in Spain after your CELTA course in Barcelona but the visa process has always seemed too daunting for you, you might...

9 Tools for Making the Classroom Paperless

There are many reasons for making your classroom paperless. Beyond the ecological ones of saving paper and hours of time and stress spent in front of... 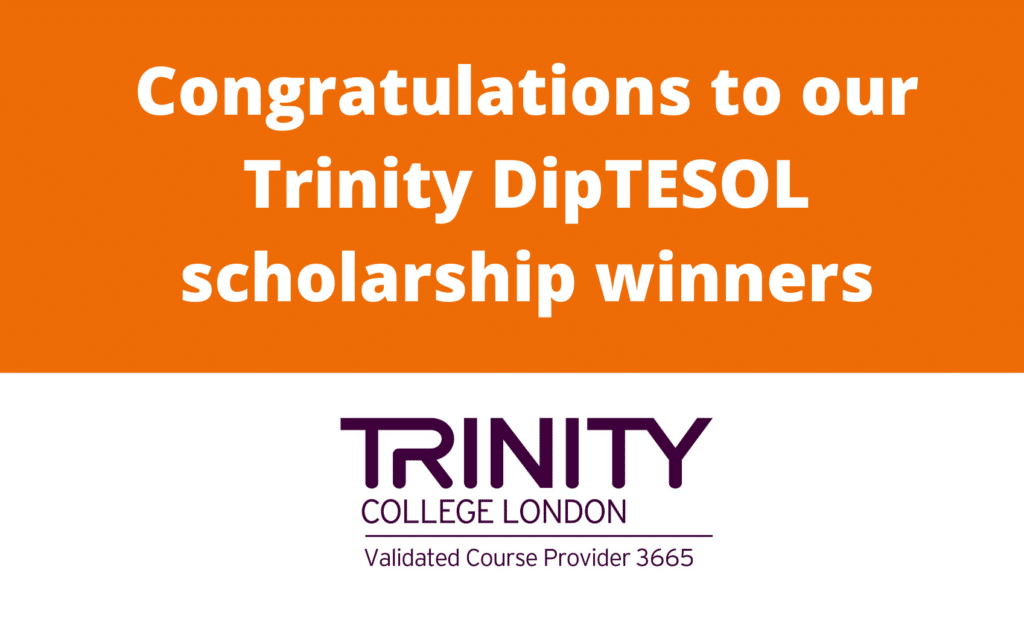 We are delighted to announce the winners of our Trinity DipTESOL scholarship competition. Congratulations to our winner Ekaterina Denisik who has won a full scholarship worth...

We use cookies on our website to give you the most relevant experience by remembering your preferences and repeat visits. By clicking “Accept”, you consent to the use of ALL the cookies.
Cookie settingsACCEPT
Manage consent

This website uses cookies to improve your experience while you navigate through the website. Out of these, the cookies that are categorized as necessary are stored on your browser as they are essential for the working of basic functionalities of the website. We also use third-party cookies that help us analyze and understand how you use this website. These cookies will be stored in your browser only with your consent. You also have the option to opt-out of these cookies. But opting out of some of these cookies may affect your browsing experience.
Necessary Always Enabled

Any cookies that may not be particularly necessary for the website to function and is used specifically to collect user personal data via analytics, ads, other embedded contents are termed as non-necessary cookies. It is mandatory to procure user consent prior to running these cookies on your website.